Team tournament is the most prestigious category in all competition events. At Kensei Iaido Taikai, the victory is augmented by beautiful challenge trophy, which is held for one year by victorious team. It is a replice of japanese kabuto helmet, that belonged to Oda Nobunaga, one of the three unifiers of Japan.

With first year of Kensei iaido taikai in 2010, I decided to award challenge trophy in team category. The inspiration came from my stay in Japan, specifically visit to Hachioji taikai, western Kanto cup. Similar trophy was awarded here to the winner of highest category, 6.dan. The winner held it for full year, then brought it with him/her to next years event and tried to defend the victory. At the back of the trophy was space for ribbons with name and date of victory. Each winner thus had his or her own ribbon. I saw this as great motivational symbol linked to japanese history and culture. Before our first year of competition I came up with decision to borrow this idea and bring it in Czech republic for czech iaido students.

The idea became reality in 2011, since in 2010 we were relatively new dojo and we could hardly fund lease, there were no more funds to spare. We didnt have enough funds in 2011 either, so I funded the purchase with my own resources and donated it. If I waited for enough funds on dojo accounts, many students would miss the opportunity to win the trophy…

Starting the tradition of challenge trophy was backed by the idea of motivating  czech iaido dojo in team category. This category is considered royal discipline of each budo taikai. It is not only about an attempt to gain victory as individual, but it is also about  working with people, strategii and compromise between techncial level, character traits of team members and defined mandatory kata for senpu, chuken and taisho, three team members with different set of kata for each.

It is about learning to understand  strategy of your opponents, comparing weak and strong points of your team with those of other teams. It is very difficult and requires great experience of team captain and manager as well as their sustained resolve to work with their people and think about them. There are three iaido competitions so far in Czech Republic where team category is reguularly opened. Nozomi Team Taikai in the spring, Kensei Iaido Taikai in summer and Shinbukan Iaido taikai at the end of the year.

Another thought that lead me to establishing challnege trophy was to give students in our dojo strong impulse to develop themselves. Taikai – competition – is one of the three cornesrstones of current japanese budo?

1. Keiko – regular daily practice of budo principles with no regard to whether we are in dojo, namely hard physical training. Higher the grade, more the practice.

2. Shinza – exams for technical grades. Endless testing of ones technical level to evaluation by teachers. The way of evolution is the way of taking exams. For each  grade it is necessary to search for knowledge and actively take interest in everything, that should be known. And have the knowledge and technical abilities confirmed by passing the exams.

3. Taikai – competition, confrontation of previous points in unknown place under harder conditions. Practicing within the walls of own dojo and in calm atmosphere of a seminar is easy. Testing your abilities (both physical and psychical) by confrontation with others, in stressful situation, in front of audience, against an opponent that wants to defeat me under strict watchful eyes of referees – that is only possible legal form of confrontation in modern budo society. Especially confrontation with ones self, with weak nerves, too much adrenalin or on the contrary apathy. Greatest benefit of taikai resides in fact that we do not kill the opponent, but through defeat motivate him to come back stronger and better, thus motivating us to work harder and improve.

Despite the fact that Oda Nobunaga was hated by many even at the time of his reign, many of his attributes and deeds inspired my decision that his kabuto helmet is the appropriate trophy for todays seitei iai competition. Greatest inspiration could be Nobunagas relentless training with his own troops.

He never turned to just politics and strategy even as powerful ruler, he never ceased to improve his battle proficienci by training with his troops. He felt  thgat during the time of warring states (Sengoku jidai), when Japan suffered wartime for more than 150 years, he is on his way to change that. His army was the most disciplined and best organized, which allowed him to conquer all of Japna and start a period of peace that will be finalized by rule of Tokugawa shoguns.

Nobunaga Oda, his full name being Oda Kazusanosuke Saburo Nobunaga (23. June 1534 – 21. June 1582), was head daimio of Sengoku period. He was son of Nobuhide Oda, insignificant warrior owning a bit of land in Owari province. Nobunaga lived in constant armed conflicts and before he died 1582 he conquered all Japan.

Nobunagas dream was not only to change the way the war is conducted in Japan, but also create one of the most modern armies of the world. He improved and expanded technics and strategy related to spears, ships and castles.

He improved system of  unit deployment by taking into account experience and not just name and family name – in contrary to previous practice. Lieges received land based on rice yield and size of the land. His organizational system was applied and developed further by his ally Tokugawa Ieyasu in new Tokugawa shogunate.

Nobunaga was not using his wit only on battlefield, but he was also known as skilled merchant and he understood well the principles of mikro- and makroeconomics. He was the first one to modernize economics from agricultural basis to manufacture and services basis. Castle cities were developed as local economy centres. On his domain roads wre built between castle cities to improve connection for both travellers and for quick and easy army movements. International trade expanded into China and into Korean peninsula until „southern barbarians“ from Europe, Philippines, Siam and Indonesia started to show up. Nobunaga established polici if „rakuichi rakuza“ as a way to support trade and economics as a whole. This policy forbade all monopolies and opened all privileged unions and associations, that were seen as an obsatacle of free trade. He also developed various tax exceptions and built various new castle cities as new local economy centers and connected them by new roads.

He also built various beautiful gardens and castles. The most beautiful of those, possibly most beautiful in all Japan, was Azuchi castle by Biwa lake. This castle was embeljished with gold and statues and interiors were painted by artist Eitoku Kano 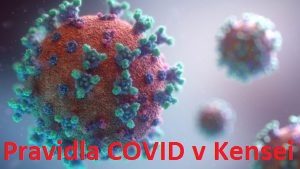 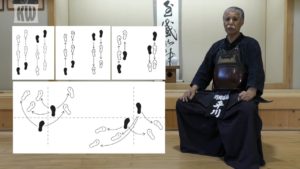 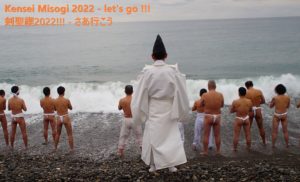